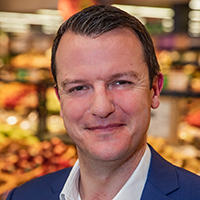 This may come as a surprise to shoppers in the UK and the US, where a company of the same name shuttered its retail stores two decades ago, but Woolworths is Australia’s most valuable brand, according to a report from consulting firm Brand Finance.

Before that, he led the New South Wales business for PPR, one of the country’s leading public relations agencies, and served as managing director of the Australian operations for leading UK consumer shop Frank.

Recent years have not all been plain sailing for the company, which admitted in 2019 that it may owe its employees as much as $300 million as a result of underpayments, but it did earn high marks for its response to the coronavirus, after CEO Brad Banducci took a highly visible leadership role, letting Australians that there was enough food and toilet paper for everyone—and offering temporary jobs to laid-off airline employees.