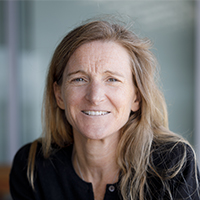 After weathering the highest order of comms controversies. Rachel Whetstone in 2018 left her role as VP of communications for WhatsApp, Instagram and Facebook Messenger products, to become chief communications officer at Netflix. Today, she is responsible for leading comms on a global basis for the streaming giant as it tries to cement its position among consumers, and investors, in an increasingly competitive market.

Before joining Facebook, Whetstone led comms and policy for Uber, a job she left after a series of hits according to Recode — investors blaming bad press for Uber’s woes and tension between Whetstone and then-CEO Travis Kalanick among them. In 2018, she found herself embattled in a lawsuit, refuting claims by an Uber executive that she “destroyed his reputation,” calling the claims “utterly false.”

Before that, she was director of corporate communications at Google as it was embroiled in a battle with the EU at the time over limiting the power of its services. Before making the leap to PR, Whetstone, well known for being as forceful as she is tough talking, was a player in British politics, serving as former Conservative party leader Michael Howard’s chief of staff.