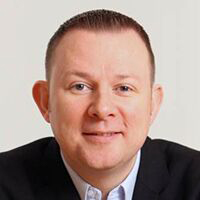 Doherty’s arrival at Barclays in 2012 followed a string of reputation crises at the bank; after steering the company's corporate comms, he was promoted in 2018 to an expanded role that also included government relations, citizenship, sponsorship and events. Doherty, who was previously the communications chief at Diageo, helped to guide the bank towards a more enlightened view of corporate reputation, advocating for behaviour rather than just words and building a strong communications function.