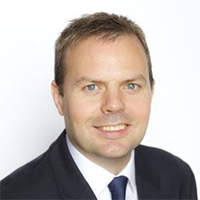 A relatively low profile did not stop Steve John from establishing himself as one of the UK’s most respected communications leaders, nor did it hamper his ability to land the coveted role as HSBC’s chief communications officer role in late 2019. Since then the banking giant has faced a series of reputation challenges tied to its unique positioning as a company that straddles the West and East and — increasingly — is being forced to make tough choices. It has also announced an ambition to become the world’s most digitally accessible bank and charity Abilitynet has confirmed it has the most accessible website in 11 of its top 13 wealth and personal banking markets.

In John, HSBC has a communications leader who is well versed in media scrutiny, having previously overseen communications at management consulting firm McKinsey since 2014. Prior to that, John spent five years as corporate affairs director at Bupa, after a similar role at Pepsico UK and Ireland.