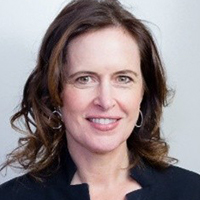 With more than $49 billion in assets, the Bill & Melinda Gates Foundation may be the world’s largest private foundation, giving it outsized ability to achieve its goals of enhancing healthcare and alleviating poverty.

Byrnes previously spent a decade in journalism, first as a news producer for Italian national television (RAI-Uno) and then as a reporter for The Los Angeles Times. She also worked as a reporter, columnist, and editorial writer at the Seattle Times.