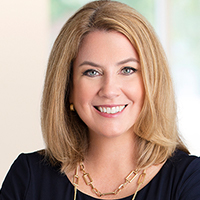 In 2015, Marriott International named outsider Tricia Primrose to its top communications and public affairs post. Later that year, it announced its intention to purchase Starwood Hotels, which would make it the largest hotel company, with more than 5,700 properties, but that communications challenge was nothing compared to 2020, with the entire travel industry in turmoil as a result of the global pandemic. Marriott earned high marks, however, for CEO Arne Sorenson's use of YouTube to convey authentic and honest messages to internal and external stakeholders.