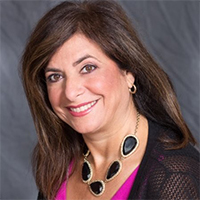 After a decade as chief executive officer at WPP-owned GCI Health—building the firm into a global powerhouse in the healthcare space—Wendy Lund was looking for a new challenge. At the same time, Organon—the Merck spinoff focused on women’s health—was looking for its first head of communications. It was a match made in heaven, and Lund took on the role of chief communications officer in November of 2020.

Under Lund’s leadership, GCI Health grew from 30 people to more than 300 globally, spread across 16 offices, including a fast-growing European operation and an Asian footprint. As of 2019, the firm had cracked the world's top 30 by earning $80m in fee income. The firm was also named one of PRovoke Media’s Agencies of the Decade.

Lund joined GCI Health in 2010 after previously serving as MSL's longtime healthcare PR leader. Earlier in her career, she was vice president of marketing for Planned Parenthood and before that for the National League for Nursing.