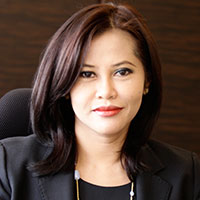 As head of sustainability and stakeholder outreach at paper giant APP, Aida Greenbury oversees one of the most challenging mandates in the PR world. Once a favoured target for NGOs, APP has made considerable progress under Greenbury’s leadership, thanks in large part to the zero deforestation policy that it ushered in more than two years ago. As the key player behind major sustainability achievements in APP's supply chains and forest conservation programs and the chief architect of APP's Sustainability Roadmap, Greenbury has demonstrated a willingness to engage with critics, and an ability to craft a transparent strategy that balances the complex needs of the company’s various stakeholders. Greenbury has spent more than a decade at APP, building a highly visible media profile thanks to an ability to engage with detractors in a forthright and reasoned manner.