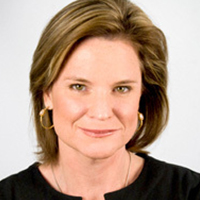 Palmieri is central to a history-making — and highly unusual — US presidential election year. She leads communications for the Democratic nominee Hillary Clinton — also the first woman to be at the top of a US presidential ticket — against a real-estate mogul and reality TV star Donald Trump. And after a prolonged primary season in which Clinton battled Bernie Sanders, the race between Clinton and Trump is really just getting underway.

She formerly served as assistant to the president and director of communications under Barack Obama. Previously, Palmieri was the president of the Center for American Progress Action Fund. Prior to her time at CAP, Palmieri was the National Press Secretary for the 2004 Edwards for President campaign and the National Press Secretary for the Democratic National Committee in 2002. Palmieri also served as a White House Deputy Press Secretary, Special Assistant to White House Chief of Staff Leon Panetta and Deputy Director of Scheduling and Advance in the Clinton White House. After graduating from American University, Palmieri began her career working for former Congressman Leon Panetta (D-CA).