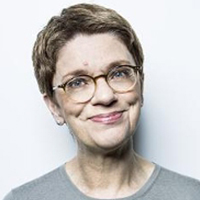 For more than six years, Dana Anderson has been immersed in marketing and communications of the billion-dollar snacks and candy giant Mondelez. With a global marketing budget that exceeds $1b, Anderson has steered the reputation of iconic brands — Oreo, Nabisco, Chips Ahoy, Honey Maid — via Mondelez’s internal teams and external agencies. Her contributions have been many, including being credited with breathing new life into marketing and communications by enlisting a new generation of agencies to liven up its creative output. She also wisely aware of the changing dynamics of economic forces and told Ad Age last year that consumer packaged goods is “an 800-pound gorilla living in a unicorn world” — meaning the brands need to keep evolving. Anderson’s background includes tenure at Y&R, FCB Chicago and JWT  before landing at Kraft Foods (which ultimately spun out Mondelez International).