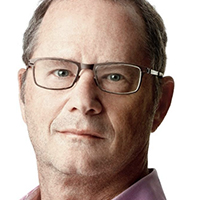 Friedland has been with Netflix since 2011 (he joined from The Walt Disney Company where he ran financial and legal communications ), rising to chief communications officer one year after joining. Now he oversees a team that handles traditional media, social media and content publicity for Netflix in 190 countries. His team generates awareness globally for all aspects of Netflix — its brand, service and original programming — as well as defends and builds the company’s reputation.

Before embarking on his communications career, Friedland spent more than 20 years as a foreign correspondent and editor for the Wall Street Journal and Far Eastern Economic Review. He was co-founder and executive editor of the Diarios Rumbo chain of Spanish-language newspapers in Texas.