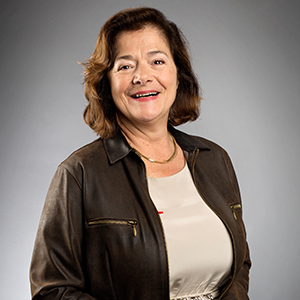 The Michelin Man—his actual name is Bibendum—celebrated his 120th anniversary last year and remains one of the most iconic figures in global marketing. As Michelin’s executive vice president brands and external relations—a role she assumed at the end of 2014, after six years leading communications and brand for the company—Claire Dorland Clauzel is the individual responsible for managing his reputation, although she might quibble with the description above.

“It is not an icon. It’s an ambassador,” she told Ad Age last year. Dorland joined Michelin in 2008 after a decade with insurance company Axa, where she was vice president communications, brand and sustainable development, with a background that includes roles in the French Ministry of the Economy and Finance, in the Treasury Department.

She was the first female executive in Michelin’s history to be invited onto the company’s executive committee, and has been expanding her responsibilities to include advertising as well as internal and external communications and now also leads the company’s maps and guides division, which assigns the equally iconic Michelin stars to restaurants around the world.