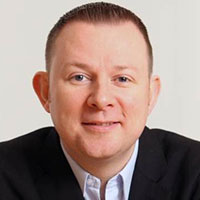 Affable and incisive, Doherty joined Barclays in mid-2012 as the bank struggled to get to grips with a succession of reputation crises. And his first week in the newly-created position was something of a baptism of fire, coinciding with the departures of his chairman and and CEO, amid the interest-rate manipulation scandal. Yet the former Diageo man is nothing if not resourceful and joining an organization at rock-bottom (in reputational terms) has had its advantages. Since then, Doherty has helped guide Barclays towards a more enlightened view of corporate reputation, advocating for behaviour rather than just communication and building a strong function at the bank.

Prior to joining Barclays, Doherty worked at Cohn & Wolfe for four years, and also counts Weber Shandwick and Edelman on his CV after an early career in politics.