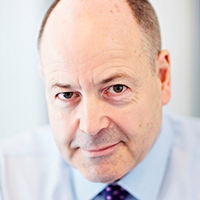 Henshaw was initially charged with rehabilitating BP’s battered reputation after the company’s calamitous oil spill in 2012. He took on the role in early 2011, after several years working alongside new BP CEO Robert Dudley at the company’s Russian joint venture. In between, Henshaw spent two years heading PR and public affairs for BG Group. A lawyer by background, Henshaw has spent two decades at BP, in a variety of legal and communications roles across Australia, Azerbaijan and Russia.