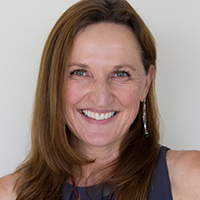 There’s a running thread among some of Silicon Valley’s most accomplished communications leaders today — they worked at OutCast under Wennmachers leadership. Wennmachers — and her co-founder Caryn Marooney — cultivated some of the tech sector’s brightest stars during their 13 years running the firm that is still among the most sought-after in Silicon Valley.

Wennmachers influence within tech circles seems to have, amazingly, only grown since she stepped away from OutCast in 2010 and joined venture capital powerhouse Andreessen Horowitz as a partner. Earlier this year, the firm closed $1.5 bn for its fifth and newest fund and in 2014, CNN Money named Wennmachers “the real queen of Silicon Valley.” As a full partner at the influential VC player, she has played a critical role in deploying public relations as a competitive advantage, not only for Andreessen Horowitz, but for the many startups that it funds.

She’s also known for her Silicon Valley dinner parties in which reporters, investors and entrepreneurs come together — off the record — and forge connections that likely have big payoffs.

She co-founded OutCast in 1997 and the firm went on to become Facebook’s agency and still today maintains a portfolio of the hottest emerging — and established — companies in technology.  In 2005, OutCast was sold to Next 15 for a reported $10m to $13m. There, clients Ben Horowitz and Marc Andreeseen convinced her to join their VC firm.

What is the most rewarding/challenging aspect about a career in communications/marketing?
Mentorship

What skills/experience will the CCO of the future need that may not be required today?
Coding

What skill/experience is required of today's CCO that might not be as relevant in the future?
Email management, we will all Slack!

Who or what inspires you to be your best?
The people I work with.