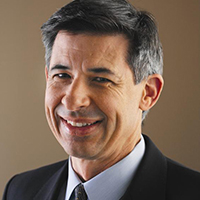 Since joining Lenovo six years ago, former HP and Apple marketer David Roman has worked tirelessly to reposition the Chinese technology brand as an edgier global presence. So far, Roman’s efforts appear to be paying off, with Lenovo making impressive smartphone inroads to go with its existing PC dominance.  Not only has Roman focused on Lenovo’s brand image, but has also ensured that the brand is a far more engaging presence, particularly online, where he has long been an avid advocate for crowdsourcing, influencer marketing and user-generated content.