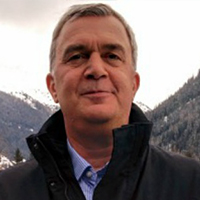 The last couple of years have been challenging for HSBC, which like all financial services companies was at the center of the global economic crisis and then found itself embroiled in a crisis over helping clients avoid taxes. It was a challenging time for the bank, but it raised the profile of communications chief Pierre Goad, who earned plaudits both for the response and for his candor in discussing where the company could have done better.

Indeed, Goad’s contribution to the company was underscored by his promotion to a new role as group head of human resources last year. It is still unusual for someone with a background in PR to get a broader management role within an organization—and is a strong endorsement of the benefits that accrue when a smart communications professional has a seat at the top table.

He has spent 15 years with the company, earning the trust of senior management. After serving as co-head of group communications at HSBC for many years—expanding the function to take on a broader, more integrated role, and expanding its internal communications function—Goad has took on sole responsibility for the function in 2014, before extending his remit to include human resources last year.

Goad joined HSBC in 2001 in Hong Kong, moving to London in 2003. He held a series of global business communications and strategy roles until 2010, when he left for a one-year stint as head of communications at Zurich Insurance Group, before returning to HSBC in 2011. Holding dual Canadian and British nationality, Goad spent 11 of his early working years at Dow Jones, holding several editorial positions at The Wall Street Journal.