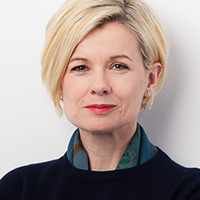 James joined UK publishing and education giant Pearson in January 2014, after a three-year stint as chief communications officer at the world’s most powerful charitable organization, the Gates Foundation. Since joining Pearson, she has overhauled the communications division in line with FT publisher’s efforts to build a more cohesive global brand, which has included the establishment of a global corporate affairs function.
In her previous role, James led the foundation’s efforts to raise awareness and build engagement around global poverty, health and US education issues, overseeing all communications and brand functions. A former researcher at the UK’s House of Commons, James started her PR career at GlaxoSmithKline, before moving to senior roles at Standard Chartered (in London), and Citibank (in New York).