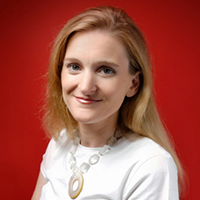 Since Rachel Whetstone left her plum post at Google last year to lead policy and communications at Uber (replacing Obama strategist David Plouffe), she’s rebuilt the startup’s team with Googlers. According to Re/Code, she slashed most of Uber’s existing team — among them, former president Bill Clinton spokesperson Matt McKenna and Lane Kasselman. The new Google-heavy team is filled with those with public affairs expertise and emerging markets — among those poached were Jill Hazelbacker (former Googler who had gone to Snapchat) and Dorothy Chou (former Googler who had gone ot Dropbox) and Deborah Nga. More is emerging about Whetstone’s style that Re/Code describes as “assertive,” in part, because of her affinity for retorting with GIFs.