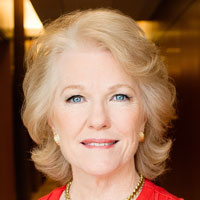 Since her arrival at Comcast in 2003 as VP of corporate Communications, Rudnay has led all strategic corporate branding and communications as the company has grown into one of the US’s biggest media conglomerates through high-profile M&A.

Rudnay was named CCO in 2012, expanding her responsibilities to include leadership of Comcast’s financial reporting, crisis management, federal and regulatory activities, product launches, employee relations, diversity, and social and digital media. She also led investor and media for the company’s merger with NBCUniversal and the subsequent rebranding.

Comcast’s reputation issues are well-worn territory, but Rudnay has made efforts to improve this as a “top priority”, including investing in tools, training and technology, such as implementing a system for real-time customer feedback and simplify experiences. By at least one metric, it’s working — in Oregon, complaints to cable regulators have dropped by at least 25%.