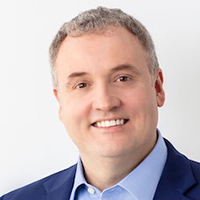 Andy Pharoah has been a major player behind the transformation of Mars, from a low-profile private company to a leading proponent of purpose that is willing to engage on social issues, particularly in terms of sustainability and corporate citizenship — a feat that earned him a PRovoke Media 2020 SABRE award for individual achievement. In the two years since adding sustainability to his responsibilities, Pharoah, who also leads corporate affairs and strategy, has been the steward of Mars' ambitious sustainability objectives and the programs in place to make the company’s operations "sustainable in a generation."

Pharoah has bucked tradition since assuming Mars’ top comms job, the position he stepped into in 2016 after almost a decade in communications leadership roles with subsidiary Wrigley. Less than two years in, Pharoah played a lead role in upending the food giant’s longtime PR strategy, instituting a pilot program that puts local and global responsibilities for various brands in the hands of four agencies rather than using agencies on a local market basis as it had done traditionally.

The big switch was a hallmark of Pharoah’s early tenure as Mars’ chief communicator, a role that has always included interesting issues, particularly around health and nutrition and (increasingly) sourcing questions. Shortly after Pharoah’s promotion, for instance, Skittles found itself in the spotlight after Donald Trump Jr. compared Syrian refugees to a bowl of the candy. The brand's response — praised for its humanity — still is among Pharoah's most notable achievements.

Can you share a moment in your career when you saw PR's direct impact on business performance?
I see it all the time. Whether it is on a key legislative battle won, an issue brought to the forefront of attention with action following or the ability to retain and recruit in-demand talent.

What are the comms industry's biggest challenges and opportunities in the year ahead?
The biggest challenges are the fundamental reset of what we do, how we do it and with whom in the wake of Covid and BLM both of which will, I believe, be regarded 50 years hence as societal tipping points. They will change much.

What have you most admired about this industry in 2020?
How the industry has stepped up to communicate like never before with stakeholders through the biggest global health crisis in 100 years.

What has most disappointed you about this industry in 2020?
The realization of how far we still need to go on racial/ethnic diversity. It not (yet) the change we want to see.

How have you switched off from work and maintained wellness in lockdown?
Enjoying the fact that my wife and I have never spent so much time together – and making sure what we do, we do together.

Which book/movie/TV show/podcast/playlist/other cultural source has helped you get through this year or provided inspiration?
Glyndebourne Open House streaming on my TV and re-reading Louis De Berniere’s “Birds Without Wings”.

If I wasn't working in marketing/communications, I would be...
A teacher.