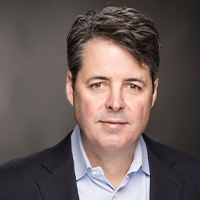 With contactless card use and other fintech services on the rise, Paul Cohen wants consumer to think of Visa is more than a credit card company.  It’s been more than three years since Cohen left PayPal to take charge of global communications at Visa, returning to a company at which he previously spent more than a decade in the throes of the cashless payment movement. Cohen, who became VP of global corporate communications at PayPal in mid-2015, was previously Visa's SVP of corporate comms and marketing for North America. In the position that brought him back, he reports to Visa CMO Lynne Biggar and is part of the company's operating committee. His role includes responsibility for leading Visa's global communications function and enhancing the Visa brand with issuers, merchants, global consumers, employees, the media and influencers.