Please refer to our Privacy Policy for important information on the use of cookies. By continuing to use this website, you agree to this.
Home Rankings & Data Influence 100 The Influence 100 2020 Profiles Dustee Tucker Jenkins 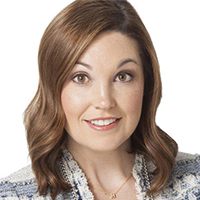 When Dustee Tucker Jenkins joined Spotify in 2017, one of the draws was the founder/CEO Daniel Ek’s “deep appreciation” for communications. “He believes in communication. He understands that for people to buy into something, to believe in something, they have to get it, they have to understand it,” Jenkins said in an interview on PRovoke Media. That’s not to say Ek is always media-savvy — his recent comments asking musicians to churn out more music was swiftly met with backlash.

But the bigger strategy at Spotify is: be selective about the media the CEO engages with, focus on internal communications (the bi-weekly Unplugged at Spotify is an “ask me anything” with Ek), and deliver on your mission. That three-pronged approach certainly seems to be working. On the most recent earnings call, Spotify announced it has 286 monthly active users around the world. Plus, during a global pandemic people are turning to music for relief, including using platforms like Spotify for meditation and wellness.

Before Spotify, Jenkins was CCO of Target, where she spent seven years. Not only is she well versed in the intricacies of corporate communications and public affairs, having worked at Public Strategies earlier in her career, but she also has a keen eye on brand marketing trends. As she said at a PRovoke Media event in Cannes in 2018: “everyone knows our dollars have to work harder, and consumers are surrounded by information. You can’t just spend your way to success. There is a way to reach consumers through earned media that is real and valuable and meaningful.”

In addition to being part of PRovoke Media’s Influence 100, Jenkins has been Recognized by Mashable as one of 10 Pioneering Women Changing the Field of Communications, and was listed on PR Week’s Global Power Book and also highlighted by Ad Age for 40 Under 40 in Marketing, and PR Week’s 40 Under 40 in Public Relations.