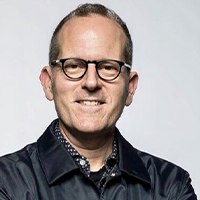 Corey DuBrowa has made his mark at Google since he took the top communications post in 2018. DuBrowa has doubled the communications team, which now exceeds 400 people, while also paring down the behemoth’s PR agency roster from 170+ firms to roughly half that.

These moves come as Google enters a new era in which co-founders Sergey Brin and Larry Page are no longer involved in the day-to-day. CEO Sundar Pichai, who DuBrowa reports into, became chief executive of both Google and its parent company, Alphabet in 2019. But the transitions, and the company’s dizzying non-stop growth, have also revealed cracks in its culture — that was once considered as innovative as its products. Company veterans criticized management’s lack of transparency and Pichai even acknowledged that Google is “genuinely struggling” with employee trust.

DuBrowa came to Google after a brief detour to Salesforce. His leap into the technology sector follows a seven-year stint at Starbucks that saw him work closely with Howard Schultz to develop a uniquely progressive brand reputation. He also built a strong corporate culture under Schultz — an experience he can, perhaps, now draw upon for Google.

DuBrowa has earned multiple industry awards over the past 20 years, including 2020 Individual Achievement Award at the 2020 Innovation SABRE Awards — North America, plus four SABRE Awards, two PRWeek Global awards, three PRSA Silver Anvils, and the University of Oregon Alumni Association’s Jeanne Johnson Service Award (he served as President of the Alumni Association for two years and on the board for nearly ten). He is currently on the Arthur W. Page Society's Board of Trustees, and serves on the USC Annenberg School's Board of Advisors. And, lest we forget, he was also a music journalist for two decades, with more than a thousand bylines in publications ranging from Rolling Stone to No Depression to GQ.

Can you share a moment in your career when you saw PR's direct impact on business performance?Starbucks very clearly had an input/output mechanism as it related to comms and traffic/business performance, although I also observed it work for Microsoft ten years prior.

What are the comms industry's biggest challenges and opportunities in the year ahead?
Helping the world to sort out a post-Covid approach (and particularly from a workplace/employee engagement point of view.)

What have you most admired about this industry in 2020?
Its resilience. And the degree to which our leaders rely upon their internal comms partners to help steer/navigate in difficult times.

What has most disappointed you about this industry in 2020?
Ongoing diversity and inclusion challenges. We have so much further to go to create any kind of racial equity in our industry. It seems light years away.

How have you switched off from work and maintained wellness in lockdown?
Not very well! Running daily and my new (old) pandemic hobby of taking on a part time radio DJ gig have helped.

Which book/movie/TV show/podcast/playlist/other cultural source has helped you get through this year or provided inspiration?
"Blindness," by Jose Saramago. A book I read many years ago that took on an entirely new meaning in the year of Covid.

If I wasn't working in marketing/communications, I would be...
A non-profit radio station musical director.