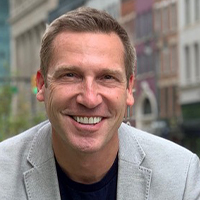 Craig Buchholz gave up one of the most influential positions in the public relations business—head of corporate communications at Procter & Gamble—to join car giant General Motors, where he will succeed automotive industry veteran Tony Cervone and report to GM chairman and CEO Mary Barra.