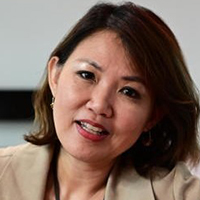 Jessica Lee departed Netflix  earlier this year to join the Alliance to End Plastic Waste, a $1.5bn non-profit that aims to fight plastic waste in developing countries.  At the Alliance, Lee oversees communications for an organisation that builds on a US$90 million fund set up in October by companies including PepsiCo, Coca-Cola, Procter & Gamble, Unilever, Danone and Dow to tackle ocean plastic pollution, in collaboration with Circulate Capital.

As such, Lee may be putting into action the words she mentioned at last year’s Provoke Asia-Pacific Summit, where she noted that communicators have to serve as a reality check for the corporations they serve. "You have to be the CEOs conscience," she said.

The Alliance, which includes a global coalition of 47 companies focusing on Southeast Asia, runs in support of the Renew Oceans programme, led by recycling firm Renewology, to stop plastic from entering the oceans via the 10 rivers that carry the majority of land-based waste. The alliance was coordinated by the World Business Council of Sustainable Development (WBCSD), a non-profit of businesses working to accelerate sustainable development, which has set up an office in Singapore to help manage the project.

Lee joined the Alliance after four years as Netflix Asia-Pacific VP of communications. Prior to Netflix, Lee spent almost eight years with McDonald's, where she was chief communications officer for Greater China.