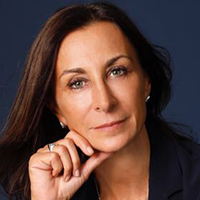 Mediobanca CCO Lorenza Pigozzi is something of a lifer at the Italian bank. After graduating and working as a researcher for Lazard and Banca IMI, she joined Mediobanca in 2001 as head of knowledge management. Two years later, at a time of major changes in the bank’s governance, she was tasked with leading communications, from a standing start as the bank had never had a media relations lead.

Pigozzi has since steered the bank through its diversification from corporate and investment banking into retail, consumer and wealth management. As head of group comms since 2013, she has managed its reputation through two further changes of governance and five strategic plans, as well as the Eurozone debt crisis, which wiped 90% of the value from Mediobanca’s shares.

Directly responsible for group media relations, media planning, advertising, marketing, social & digital, CSR, corporate identity and institutional events, Pigozzi’s projects range from corporate storytelling to retail and consumer brand reputation activities. She has been on the board of Mediobanca’s retail bank CheBanca! since it was set up seven years ago, is on the board member of Mediobanca Innovation Services, and oversaw the #Oltre project that, since 2016, has seen the group partnering with the Italian Paralympic Committee.