Please refer to our Privacy Policy for important information on the use of cookies. By continuing to use this website, you agree to this.
Home Rankings & Data Influence 100 The Influence 100 2020 Profiles Frank X. Shaw 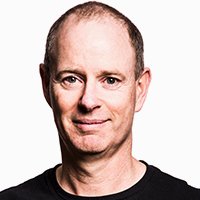 When Shaw joined Microsoft in 2009 as its head of communications, it was perhaps one of the most seamless agency to in-house transitions the industry has witnessed. One of the reasons for that, of course, was Shaw’s former role as president of the Microsoft account at WE Communications where he spent most of the first two decades of his career. In essence, this meant Shaw had spent nearly his entire career learning every facet of Microsoft’s business.

Amid considerable transformation, Shaw’s institutional PR insight remains unparalleled and has yielded considerable benefit to the company —and stands as a notable example of reputational stewardship for the industry-at-large.