Please refer to our Privacy Policy for important information on the use of cookies. By continuing to use this website, you agree to this.
Home Rankings & Data Influence 100 The Influence 100 2020 Profiles Bozoma Saint John 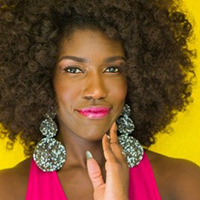 Bozoma Saint John has built one of the most illustrious marketing careers, infused with astonishing creativity for imaginative brands: Apple, PepsiCo, Uber — and now, Netflix. In June, Saint John was named global CMO at the entertainment powerhouse that has 183 million memberships across 190 countries.

That’s not to say the gig isn’t a challenge: Saint John is the company’s third CMO in less than one year. Her arrival at Netflix came with notable fanfare with the media touting her accomplishments integrating marketing with culture. She left the entertainment agency Endeavor to take the high-profile role.

Her career started at Spike Lee’s advertising agency, Spike DDB. From that point, it’s a roster of the most innovative companies across sectors: she managed brands within the PepsiCo beverages portfolio, before becoming head of music and entertainment marketing there. She was also head of global consumer marketing at Apple Music & iTunes; was chief brand officer at Uber; before taking on the CMO role for Endeavor, which included WME, IMG, UFC, Miss Universe, among other brands.

Saint John's career has also been marked by induction into Billboard’s Women in Music Hall of Fame (2018) and the American Advertising Federation Hall of Achievement (2014), as well as recognition on The Hollywood Reporter’s Women in Entertainment Power 100 list (2018) and on Forbes’ World’s Most Influential CMOs list (2018).