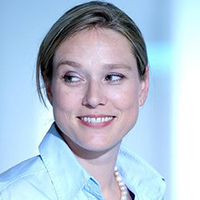 Siemens hired Clarissa Haller to take on one of Germany's highest-profile public relations roles in 2016. She joined from Credit Suisse in Zurich, where she had spent one year as head of corporate communications.

With an impressive blend of strategic corporate comms and reputation expertise and digitalization experience, Haller’s responsibilities at Siemens cover bringing more innovation into the firm’s communications, including driving the digitalisation of its channels and processes. She reports to president and CEO Joe Kaeser, who described her as “one of Europe’s most distinguished communicators” with a “global mindset” and said “with extensive industry knowhow, she brings everything we at Siemens would wish for in our communications function.”

Haller has worked for some of the biggest brands in the CACH region: before Credit Suisse, she spent eight years as ABB's head of group communications. She was also head of PR at Daimler-Benz Aerospace, now Airbus; head of corporate communications at Bahlsen and global head of communications at Roche Diagnostics in Basel.