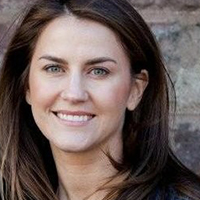 Jennifer Skyler joined American Express as chief corporate affairs officer last year after four years leading communications at WeWork, growing the function from the ground up through the company’s heyday. WeWork’s first communications hire, Skyler succeeded in garnering global attention for the shared office space company, which she supported through strategic hires and initiatives as it extended its footprint beyond North America into Asia, Europe, Israel, Australia, South America and South Africa. Her departure preceded the company’s unraveling during the latter half of the year that included scrapping its planned IPO after failing to get investor interest, and the ousting of founder Adam Neumann as CEO.

Working for a company in the fast-paced throes of major expansion was nothing new to Skyler, who before WeWork led consumer communications for another fast-paced organization: Facebook. Nor was she a stranger to building a custom comms function. Before WeWork, Skyler was the first communications and marketing hire for fashion platform Polyvore, built and overseeing a multi-prong campaign resulting in coverage in big-name news outlets including New York Times, The Wall Street Journal, CNBC, and Financial Times.

Can you share a moment in your career when you saw PR's direct impact on business performance?
I'm fortunate to have been a part of the company’s global Shop Small campaign this year where we're supporting our customers and merchant partners. American Express has had a long history of supporting minority-and women-owned businesses. This year, we launched a coalition with the US Chamber of Commerce, the National Black Chamber of Commerce, the National Business League, the US Black Chambers and Walker's Legacy with a $10m pledge over four years that will provide grants to Black-owned small businesses.

What are the comms industry's biggest challenges and opportunities in the year ahead?
ESG will continue to be a large area of focus.

What have you most admired about this industry in 2020?
The focus on colleague communications and the recognition this function is getting is incredibly well deserved. It's so important to be transparent with and connected to colleagues in this world of virtual work. It's also been inspiring to see corporate leaders like our chairman and CEO Stephen Squeri out in front addressing important societal issues and putting the health and safety of our colleagues first.

How have you switched off from work and maintained wellness in lockdown?
My children keep me in check. They make occasional cameos on the Webex and run the show around here.

Which book/movie/TV show/podcast/playlist/other cultural source has helped you get through this year or provided inspiration?
Trolls World Tour. With kids ages six, three and one, it's a big hit in the Skyler house.

If I wasn't working in marketing/communications, I would be...
A journalist.