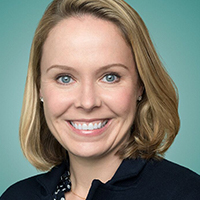 It’s been a tough ride for tech PR veteran Jill Hazelbaker, who became Uber’s head of public policy and communications in 2017. Even before the pandemic, Uber had become one of the industry’s toughest PR gigs, given the brunt of criticism the ride-sharing company has faced on many fronts. And with travel essentially halted, Uber laid off thousands of workers. But signs are pointing towards a turnaround: food delivery and its plans to buy delivery app Postmates is expected to pay off, according to the company’s most recent earnings.

Hazelbaker’s varied background, covering politics, policy, communications and tech, has her well-positioned for Uber’s turmoil and turnaround. Under Hazelbaker, the company consolidated its marketing and communications function after CMO Rebecca Messina departed after a short stint. In announcing Messina’s departure, CEO Dara Khosrowshahi acknowledged the company’s brand challenges and endorsed Hazelbacker as being “instrumental in addressing some of our toughest challenges as a company. She’s an excellent team builder and always committed to doing what’s best for Uber.”

Can you share a moment in your career when you saw PR's direct impact on business performance?
I was an early and vocal advocate for the release of Uber’s Safety Report, a first of its kind report that detailed the most serious safety incidents happening on our platform, including sexual assaults. As someone who does PR and marketing for a living, it might seem counterintuitive to argue for the voluntary release of something that would undoubtedly generate negative headlines. Uber obviously isn’t alone in dealing with sexual assault and violence. But companies don’t talk about it, they don’t want their brands to be defined by it, and they certainly don’t want to disclose any numbers. As a result, these issues are usually addressed in the dark — and that approach isn’t going to make anyone safer. For me, transparency and the accountability that comes with it were key to turning our goal of becoming the safest ridesharing company on earth into a reality. Since we made the decision to release the report, we’ve tripled the size of our safety team, overhauled how we train our support staff, and rolled out cutting-edge safety technology. We’ve also made an impact beyond Uber, encouraging others to release their own data. Of all the things I’ve been a part of, in politics and in business, there’s nothing that has made me prouder. The work will never be done, but it’s a strong step in the right direction.

What are the comms industry's biggest challenges and opportunities in the year ahead?
I think public relations as we knew it is over. The communications industry’s challenge is the same as the media industry’s challenge. Unfortunately, the number of publications and journalists is shrinking, including in the tech space, which means that there are fewer journalists to pitch and the reporters on the other end of the line are more stretched than ever before. Looking on the bright side, I think there is opportunity for PR people to become more strategic advisors, helping executives understand how business decisions impact the company’s reputation.

What have you most admired about this industry in 2020?
This is a really challenging time and many companies, including ours, have had to do layoffs. It’s a message no one wants to write, and I’ve admired the way human and empathetic communications I’ve seen by many companies, led by Brian Chesky’s letter to employees. I thought Airbnb’s was really thoughtful and well done.

What has most disappointed you about this industry in 2020?
I try to look on the bright side.

How have you switched off from work and maintained wellness in lockdown?
I’ll be honest: it’s been a challenge as the line between work and home is blurrier than ever. I have three kids under five, including a newborn, so some days wellness is a 20-minute walk by myself.

Which book/movie/TV show/podcast/playlist/other cultural source has helped you get through this year or provided inspiration?
I’ve turned to my faith. Last spring I started reading the bible almost daily and I write down verses that speak to me. Whenever I feel anxious or stressed I turn to one of those to help me find peace.

If I wasn't working in marketing/communications, I would be...
A lawyer. I love a good debate.