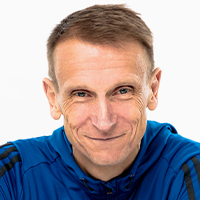 A committed athlete who has completed an Iron Man triathlon, Runau brings a similar level of dedication to his work for Adidas. In total he has spent more than two decades with the sporting giant, helping the German giant navigate its way to the number two position in the global sporting market, after its blockbuster merger with Reebok in 2006. In 2019, he was named Spokesman of the Year by PR Report, the fourth time Runau has landed the accolade.

Runau has held numerous PR roles at Adidas, and now oversees all corporate PR and internal communications for the group and its brands, including Reebok. A journalism graduate, Runau worked at several German newspapers before joining Adidas in 1991.