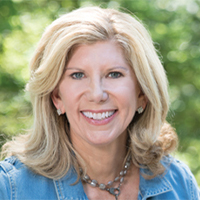 It has been a long time since anyone in quite a high-profile agency role as significant as CEO of Ketchum (the world’s fifth largest public relations firm) left to take on a client-side challenge; Kirk Stewart’s move from MSL to Nike is the closest analogue, more than 20 years ago. And what a challenge Barri Rafferty took on, leading communications for a bank that has been mired in an accounting fraud scandal for four long, unrelenting years.

To make the move even more dramatic, Rafferty had joined Ketchum in 1995—rising through the ranks in various leadership roles for 25 years before being named as one of the first women to lead a global PR firm in 2017.

In her new role, Rafferty reports to vice chairman of public affairs Bill Daley, who joined the fourth-largest US bank late last year, part of a new management team put in place by CEO Charles Scharf, who joined late in 2019 to lead a turnaround that includes restoring the company’s reputation.

Her relatively brief tenure in the top role saw the agency restructure its model around industry sectors and virtual teams, while also parting ways with a number of senior executives and making several rounds of layoffs, most recently in response to the Covid-19 pandemic.