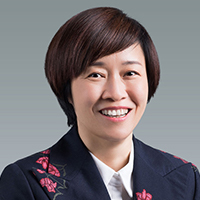 A 25-year veteran of Huawei, Chen Lifang was named to the Chinese company’s top communications role in 2018, assuming what is surely one of the world’s toughest assignments right now. Always subject to considerable scrutiny as China’s biggest global brand, Huawei has emerged in recent months as one of the lightning rods in the escalating trade war between the US and China, putting considerable pressure on the company’s communications department.