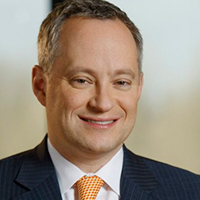 Jonathan Adashek joined IBM as its new chief communications officer in January, assuming one of the business world’s highest profile comms jobs following the departure of Ray Day. In doing so, Adashek stepped up to lead a department that Day purposefully upended upon joining the company two years earlier, which included overhauling IBM’s longstanding PR agency relationships, in an effort to rally the flagging brand’s business.

Six months in, Adashek is making his own adjustments to IBM’s comms function to reflect the future of the 109-year-old tech giant, as it positions itself as a 21st century computing company. Adashek is growing his team, adding expertise in line with IBM’s focus on being a leader in areas including hybrid cloud, AI and advanced technologies such as quantum computing.

Adashek joined IBM after departing his post as global communications lead for the Renault-Nissan-Mitsubishi Alliance, where he reported to chairman Carlos Ghosn prior to his arrest and subsequent escape from Japan to Lebanon.  He took on the Alliance role in Paris in early 2018, after previously serving as Nissan's chief communications officer in Yokohama. He joined Nissan in 2015 from Microsoft, where he was the GM of communications strategy. Before that, he was EVP of Edelman, where he served as a global client relationship manager.

Can you share a moment in your career when you saw PR's direct impact on business performance?
Working with Walmart when they decided to take 5% out of all packaging in the company. The communications team had a seat at the table developing the initiative and bringing it to life. The immediate impact on the company's business was huge and the downstream impacts across retail and related industries was even bigger.

What are the comms industry's biggest challenges and opportunities in the year ahead?
They are one in the same. Keeping people focused and energized in very difficult situations. We must keep the creativity and passion for our practice as we face a reset in our societies, the economy and the way we do business.

What have you most admired about this industry in 2020?
I have seen many people step up and help each other in this difficult time – even when it is a competitor.

What has most disappointed you about this industry in 2020?
In the context of everything happening in 2020 it is hard to say I have really been disappointed by the industry. I think people across the industry have shown great resilience and agility dealing with the health, economic and social justice crises.

How have you switched off from work and maintained wellness in lockdown?
This has been very difficult. I have tried to manage a work/life harmony versus a balance. However, when I am with my family I really try to make it my focus, be it on a bike ride with my son, playing a game with my daughter or watching a movie as a family.

Which book/movie/TV show/podcast/playlist/other cultural source has helped you get through this year or provided inspiration?
Shakedown Stream and One More Saturday Night

If I wasn't working in marketing/communications, I would be...
A concert promoter.