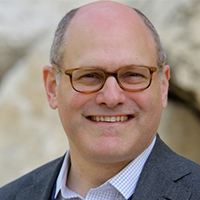 CEO Ramon Laguarta is leading PepsiCo with purpose, focusing its environmental efforts on building a more sustainable food system and, earlier this year, earmarking more than $400 million for set of initiatives over five years to lift up Black communities and increase Black representation at PepsiCo.

Jon Banner assumed communications leadership of Pepsico in May 2014, and plays a key role in engaging stakeholders in furthering those kinds of efforts. After joining the company in 2012 to oversee global strategy and planning. He now leads the food and beverage giant’s communications across all business units and global sectors, reporting to Laguarta.

Before joining Pepsico, Banner amassed more than two decades of journalism experience, including senior-level executive and editorial positions at ABC News, where he led the rebranding of the news division, worked with the world’s leading anchors, controlled all editorial, creative and financial aspects of the network's flagship broadcast, and managed a global team that included several hundred employees around the world.