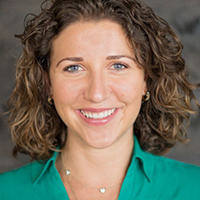 Investor relations and comms specialist Hilary McQuaide has a track record of spotting future technology giants ripe for acquisition and getting into their comms teams early to shape their approach. She has been head of social media and entertainment platform-of-the-moment TikTok since 2017, way before its surge in popularity, especially with Gen Z. Such has been the spike in users since lockdown – adding 12m users in March alone – that brands are now looking seriously at the short-form video platform as a comms channel.

McQuaide is currently handling ongoing challenges linked to TikTok’s Chinese ownership, concerns over data and privacy, and regulation. She was previously the first comms hire and member of the exec team at Yik Yak, responsible for public relations, company positioning, internal comms, and university relations. From 2012 to joining Yik Yak in 2015 she was the first comms employee at Dropbox, overseeing its international expansion and looking after crisis comms, product comms, and analyst relations.