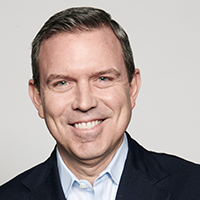 Geoff Morrell took over as BP’s communications and external affairs lead in the summer of 2017, after serving as BP America communications chief since joining the company in 2011. In this role, he oversees the British multinational oil and gas company's communications, government relations and public affairs.

It’s certainly a notable time for the energy industry. The global pandemic has gutted demand and forced many, including BP, to accelerate their investments in low-carbon energy. The London-based BP recently announced plans to cut oil and gas production by 40% and  invest more heavily in clean energy.

Morell came to BP from the US Department of Defense, where he worked as Pentagon press secretary and served as chief spokesman for Defense Secretary Robert M. Gates and the United States military. He was appointed by President Bush in June 2007 and, in an unprecedented move, was asked to stay on in that position by President Obama, making him particularly well-versed in public affairs challenges. Before his time in the Pentagon, Morell spent 15 years as a television news correspondent, including seven years with ABC News, where he covered the White House.

Morell serves as a member of the board of directors of The Economic Club of Washington, D.C. and Dog Tag Bakery, a non-profit that helps war veterans transition to civilian life.