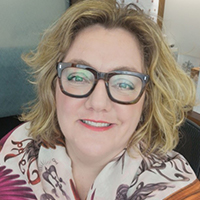 Tori Cowley’s background as a chartered accountant not only makes her more numerate than most communications folk, but it also serves as the ideal grounding for her role as chief communications officer of the Hong Kong Stock Exchange, which she took on in 2018 after seven years in a similar role with London’s Stock Exchange.

Cowley’s position with HKEX has seen her transform the communications function to notable effect, giving the low-profile entity a more visible positioning as a key driver of Hong Kong’s reputation. And while the latter has seen its share of challenges in recent times, the city’s Stock Exchange remains one of its crown jewels, giving Cowley a unique platform for global storytelling.

Cowley previously served as EMEA head of communications at Thomson Reuters, after deciding to make a career shift. It’s probably safe to say that the accountancy world’s loss is the communications sector’s gain.