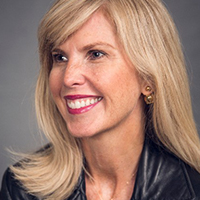 In her six years at Bacardi, Lisa Jedan has galvanized the group’s global communications strategy. A trailblazer in her use of influencer engagement for the brands she works with, Jedan has also been a firm advocate for diversity in all its facets.

She joined Bacardi as global head of brand PR in 2014, overseeing a portfolio that includes Bacardi rum, Grey Goose vodka, Bombay Sapphire gin, Dewar's whiskey and Martini vermouth. She led multi-market PR strategy on brand platforms including Martini's sponsorship of the Williams Martini Racing F1 team – taking it from the sports pages to the lifestyle pages – and Bacardi's music platform. She was elevated to VP of global brand communications in 2018.

Adept at building and maintaining a strong client media presence, Jedan is known for her skill in developing campaigns and delivering results under aggressive deadlines and sensitive circumstances, while also acting as a mentor. She was head of comms for Bono’s Product (Red) campaign and has worked with the O2, Viacom International Media Networks (MTV, Comedy Central, Nickelodeon), the European Music Awards, the BAFTAs, SAB Miller, Samsung, American Express and Prada. She also held senior positions in agency, including at Ketchum and Freuds.

In what must be one of the most interesting side-hustles in the industry, Jedan is also a successful voice over artist – including as the voice of American brands such as Dove, Ziploc and Breyer's ice cream – and an actor; she has produced and acted in two off-West End plays and has written a comedy-drama TV pilot.

Can you share a moment in your career when you saw PR's direct impact on business performance?There have been many, actually, but to highlight a more recent example, during Covid, we regularly connected our activity with e-commerce. As Bombay Sapphire's "Stir Creativity" platform pivoted to "Create from Home", PR contributed to +63% uplift in e-comm sales. Increasingly PR is being used to take what traditionally would have been a commercial deal and turn it into a full 360 programme that creates greater awareness and engagement with consumers.

What are the comms industry's biggest challenges and opportunities in the year ahead?
The opportunity and challenge to merge PR with social. We see exponential increases in consumer engagement when PR activates on O&O channels. There is an unlock here to create more effective and efficient communications.

What have you most admired about this industry in 2020?
Two things: how earned media ideas and activity have the power to maintain a brand's share of voice in the absence of any other activity; and how resilient and critical we are in a crisis.

What has most disappointed you about this industry in 2020?
Our flat-footed response to Martin Sorrell's old fashioned view of public relations.

How have you switched off from work and maintained wellness in lockdown?
I exercise my commute. I used to have a one-hour commute each way to and from the office. I now use that time to walk or exercise.

Which book/movie/TV show/podcast/playlist/other cultural source has helped you get through this year or provided inspiration?
Podcasts: Oprah's Super Soul Conversations; New York Times 1619. TV: The Last Dance, I May Destroy You, Little Fires Everywhere. Music: any 8D music track will have me dancing down the street.

If I wasn't working in marketing/communications, I would be...
In the entertainment industry.