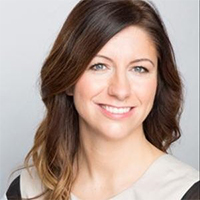 Christine Heffernan was elevated to the top comms job at the UK’s biggest supermarket in March last year, after five years with the firm, most of which had been spent as director of corporate affairs for Tesco in Ireland. In these roles, she worked as part of a team transforming the Irish business and its communications to rebuild trust in the brand.

Heffernan succeeded Jane Lawrie, who stepped back to spend more time with her family, and joined the executive committee of the world's third largest retailer. At the time of her appointment, outgoing Tesco CEO Dave Lewis – who is soon to be succeeded by Irish businessman Ken Murphy – said she brought “a wealth of experience and business insight” to the role, as well as “energy and deep communications expertise”. Like the other supermarkets, Tesco has weathered the Covid storm relatively well so far in comms terms, focusing on its loyalty proposition by supporting its communities with a new fund, and campaigns such as #FoodLoveStories, with dedications to key workers across the UK. For the first time in a decade, the supermarket is seeing customers switching back from discount food retailer Aldi.