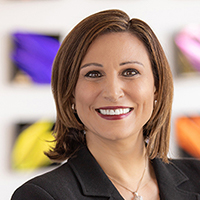 Stella Low joined Cisco last year, taking the helm of the a comms function that had undergone a string of changes and departures, including her predecessor, Oliver Roll.

Low joined Cisco on the heels of the company switching up its PR agency partnerships, most notably consolidating its core global PR business with FleishmanHillard, which was part of the company’s larger goal of making communications more efficient, potentially by adopting a more integrated approach. Welcoming her onboard, Robbins lauded Low “not only because of her breadth of expertise in technology communications, but also for her passion for great storytelling, building strong communities and her inclusive, solutions-oriented approach.”