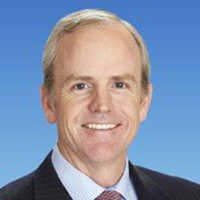 In the last decade, Walmart has seen a remarkable turnaround of its reputation and stance on pivotal issues: the minimum wage, guns and ammunition, and sustainability. Walmart’s CEO was among the chief architects of the updated Business Roundtable statement of purpose in 2019 that equalized shareholders with other stakeholders. (The company’s CEO Doug McMillon is currently chair of the BRT.)

Dan Bartlett has been integral in this. He took the reins of Walmart’s corporate affairs department in June 2013, replacing Leslie Dach. Bartlett reports to McMillon and serves as a member of the company’s executive council. His responsibilities include oversight of external communications, government relations and sustainability, as well as the Walmart Foundation.